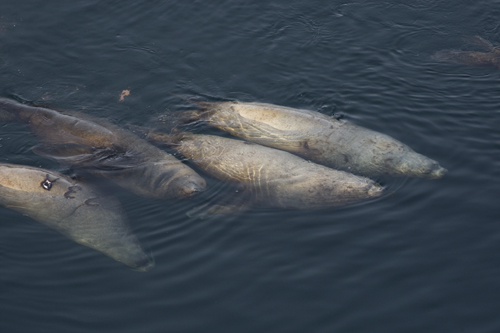 What a gift of a day! On April 15, 2011 my neighbour phoned to say there were two orcas travelling south in Sansum Narrows. I found them by Burial Island and followed them for 45 minutes in my Boston Whaler with my Shepadoodle dog, Daisy. They were a beautiful sight, surfacing together and diving. We left them at Cherry Point and on our way home the ocean simply exploded in action near Burial Island, a tiny rock where seals haul out. Transient Orcas eat seals, so I assumed these were Transients having a feast.

My memory card was full, so I zipped home and fetched the 2 fellows pruning my orchard, begging them to come out and see the spectacular sight – a once in a life-time encounter. Dave drove the boat, I took photos, and Raj got to experience it! There were lots of babies and we thought there were at least 40 – 50 whales. I had no idea what the whales were doing because I was behind my camera, snapping photos wherever action occurred.

These whales hung out and had a boisterous party for six hours in front of my house! At home, I alerted Graeme Ellis and John Ford,  marine mammal biologists in Nanaimo, BC. They came down to Bold Bluff by boat and recorded 31 Transients. This is highly unusual, as these whales usually travel in small groups of 3 – 8 whales. Not until I downloaded my photos did I see what they were actually doing. 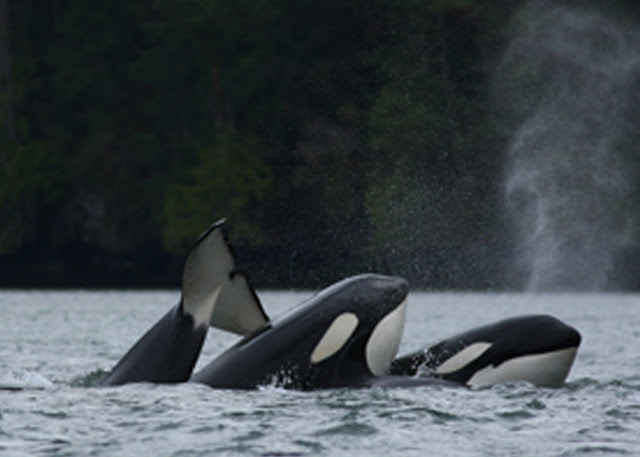 Transient Orca Party! If you look closely, there is a baby in this photo. Can you see it?

This summer I watched a baby heron stride down a slippery sea weedy rock into the mud flat ocean. Wading in eel grass, it struck its beak into the sea and brought up a treasure – a huge flounder too big to swallow. This baby would not let it go. For over an hour it tried to stuff it down its throat. Then it flew off with the fish bulging its neck and landed on a bluff rock. An older heron flew into the cove and I turned my attention to it, so lost track of the fate of that flounder. 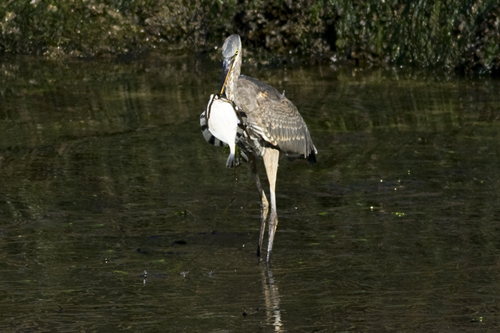 Biting off More than You can Chew 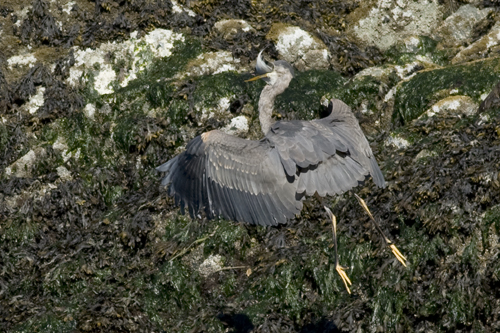 I was prepared to photograph the total lunar eclipse early morning December 10th. Friends spent the night with me, drumming to the moon. It was bright and clear early in the morning, and I got a few photos at 1:30 am. We were excited. Setting the alarm for 4 am, the moon had disappeared behind a blanket of clouds. Up at 5:30 am – no moon! Up at 6:30 am, when the moon was in total eclipse, and still no visible moon. I hope some of you got to see the eclipse!

Photographing the moon and nature takes patience, fortitude, luck, anticipating opportunities, being in the right place at the right time, and above all, passion. Another important ingredient is having good equipment. Be open to the gifts that come your way. Life is full of surprises. 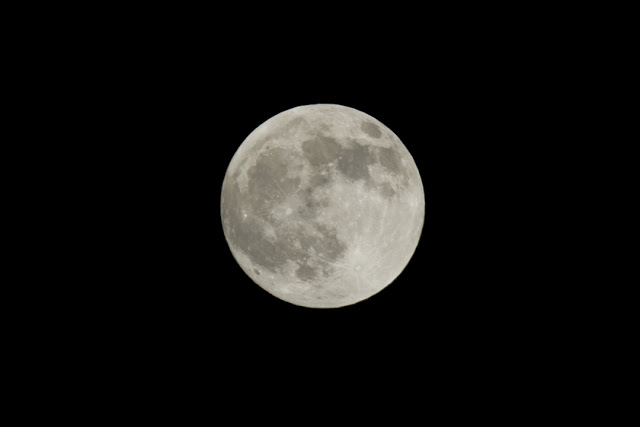 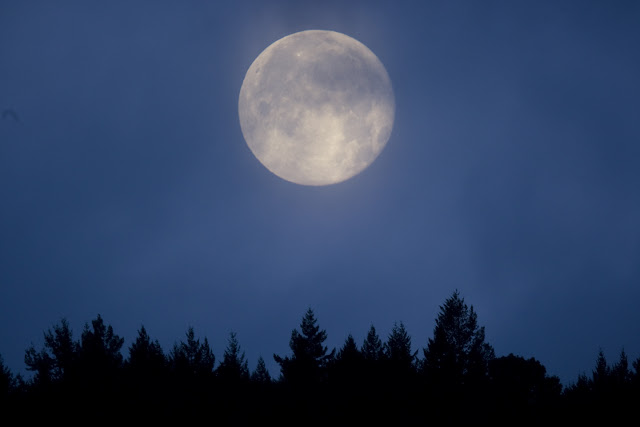